BBQ is often a fun choice for parties or parties with family or friends. This barbecue or barbecuing can be done anywhere, including at home. No wonder so many people make it the best choice for celebrating something. 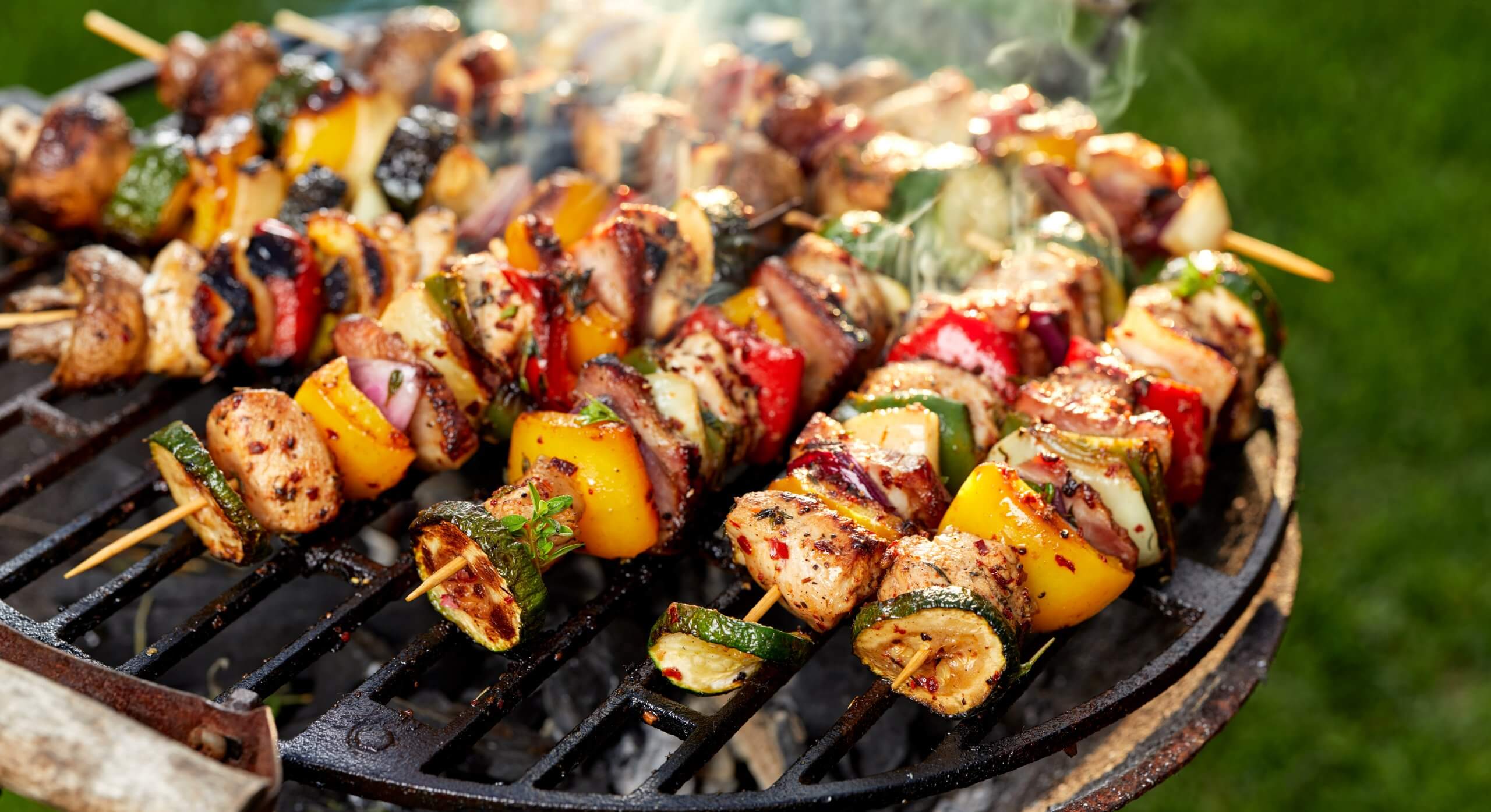 Food ingredients used for BBQ are not just beef, there are other food ideas that you can try for your BBQ party. So here are 10 recommended food ideas for BBQ.

One food menu that is often used as a simple BBQ menu is beef. Most people process it into satay, but there are also those who choose to process beef into a patty burger and then roast it on the fire. In addition there are still many other food menus that you can process using beef which can be used as a food idea for BBQ.

Especially in Indonesia, chicken is often used as a choice for BBQ events. Usually these pieces of chicken have been seasoned and then grilled. After that smeared using soy sauce + seasoning that adds flavor. But most of the others also often process chicken meat to burn soy sauce and honey spices.

Another food menu that is often used as food for BBQ is sausages. To process sausages into BBQ, choose the type of sausage with a thick texture so it does not dry easily when burned. Avoid cutting or stiffening so that the spices and liquids inside the sausage don’t come out. This will maintain the texture and taste of sausages.

You can also try boiling sausages first and adding it with onions or garlic so that it cooks faster when it is burned. Don’t forget to spread BBQ sauce or roast sauce evenly on sausages and bake until browned. Grilled sausages can be made with chili sauce or mayonnaise.

Not only chicken meat, chicken wings also become one of the food menu for BBQ that you can make choices. Chicken wings along with the skin and bones are a pretty delicious burnt menu.

Roasted corn can also be one of the food ideas for BBQ that is easy and easy to process. This menu will be very enjoyable when the weather is cold. You only need to spread the butter or margarine evenly to the corn, so that the burning aroma becomes more fragrant and savory.

If you’re BBQ on the beach, maybe you can include fish as one of the delicious food menus to burn. The types of fish most used for BBQ are usually snapper, pomfret, grouper, baronang, and gourami.

Before being burned, usually the fish is halved so that it cooks evenly. For the seasoning itself, you can use soy sauce, yellow, sweet and sour, or honey.

If vegetables are usually served in the form of stir-fry, soup, or steamed, but you can try different variations by making it one of the BBQ grill menus. But of course not all types of vegetables you can use, you have to choose the right vegetables such as mushrooms, eggplant, carrots, potatoes, asparagus, corn, beans or onions.

Slice the vegetables and then puncture alternately. To burn it, no need to use certain types of sauce. You just use butter or margarine, it’s quite simple right?

Not only fish, squid and shrimp can also be a menu for special BBQ. But choose shrimp or squid that are rather large and fresh meat Fresh seafood will certainly be more delicious when given a simple seasoning such as lemon juice, salt, and soy sauce. No need to give a variety of seasonings, the taste of this seafood will come out by itself when burned.

Not only delicious meatballs served with a warm sauce, but also tastes delicious when burned. You can make meatballs as one of the mainstays of food for BBQ. Prepare meatballs in advance, whether it’s meatballs beef, fish, or chicken according to taste.

After that you can make a spice spread of garlic, soy sauce, tomatoes, chili sauce, pepper powder, and salt. Previously boiled meatballs first, after a cold you can season it with sauce that has been made and then burned.

Now here are 10 food items for BBQ that you can make recommendations for a BBQ party. How? Very tempting right? Hopefully the above information can be useful for you.